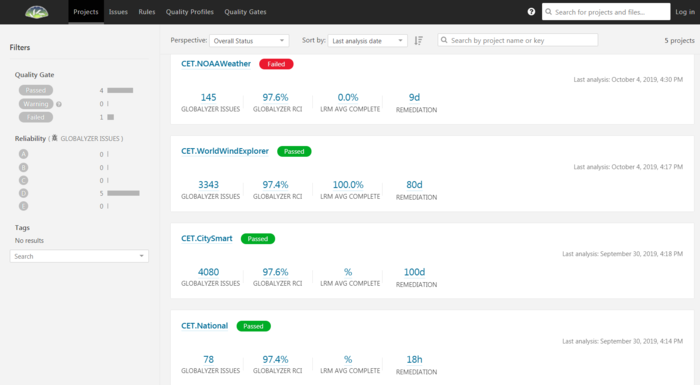 The Resource Manager screen shows the content for the Next Prep Kit, when Prep Kits are due and the Completion Report. For the example shown, there are 5 locales and all are completely translated. So the next prep kit has no files to prep. If the resources change in the default locale, then the next prep kit would show all the resource files that would need to be updated and sent out. 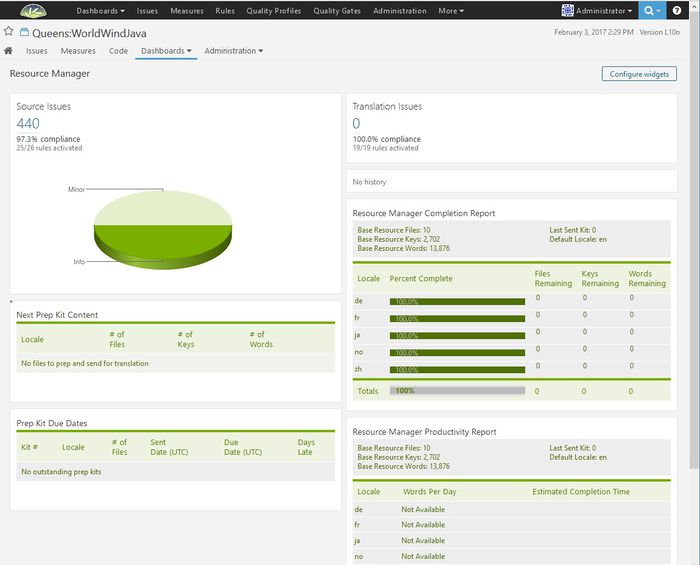 This screen also shows which scans have been done to identify the issues. In this case, a perl scan has been done and two different java scans. 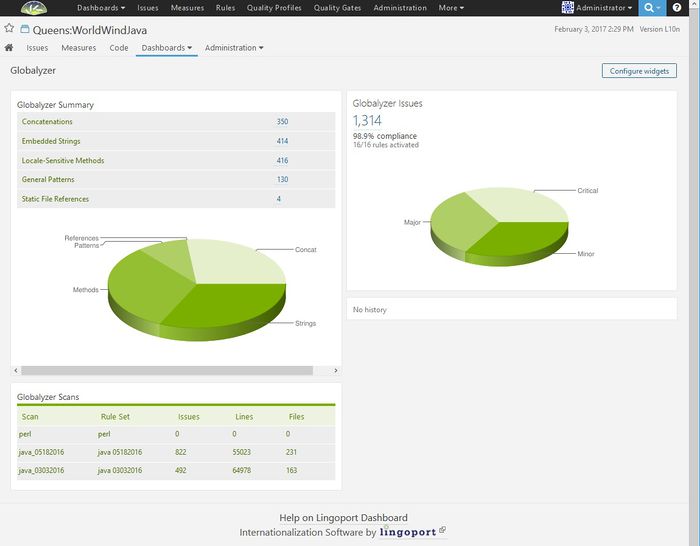 On the previous screen, if one selected the 414 bugs associated with Embedded Strings, the Issues screen will open to show the 414 bugs. 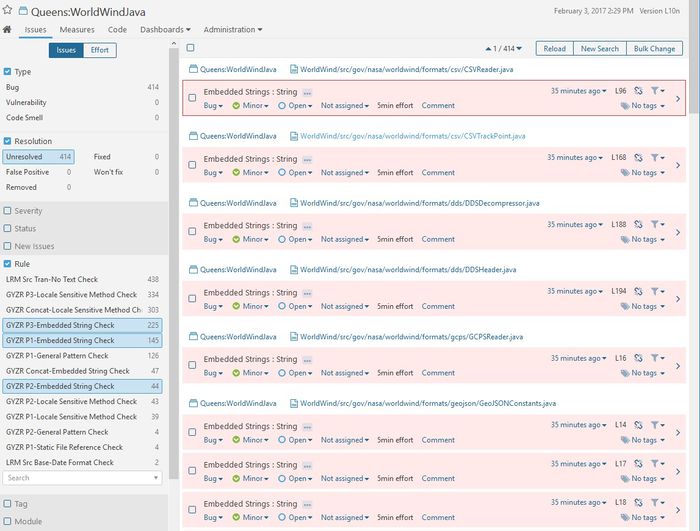 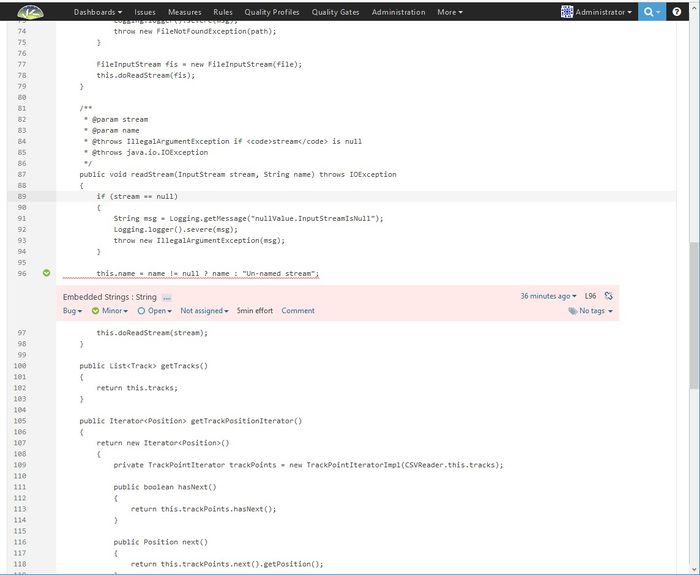